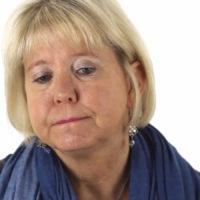 It’s a hard road, the one that we walk after our children die from a drug overdose. It’s a walk that numbs your feet from the miles of isolation and grief. So many Orange County moms and dads are on this road now, too many of them. I’m only one of thousands. The White House is now trying to grapple with the problem (In heroin fight, White House tries to break down walls between public health, police, August 16, 2015), but they will likely fall short. A strategy that doesn’t prioritize empowering people who use drugs to save their own lives and the lives of their peers by making the opiate overdose reversal medicine naloxone far more readily available to them is doomed to disappoint expectations. Ask a parent of a child who could have been saved by naloxone, they’ll tell you.

Click here to see video and read the entire article.

Submitted by: Mother
Born: 1991
Died: 2015
My Tribute: I lost my only child, Matthew, to a heroin overdose about six weeks ago. The nightmare of losing him has just begun for me. I know it will never end. He was such an intelligent and handsome boy. A 2013 graduate of the University of Pennsylvania. He was struggling with finding his place in the adult world and, for some reason, was so self conscious and confused about where he fit in. Unfortunately, he turned to drugs for relief. His first injection of heroin was also his last. It killed him.

Submitted by: Mother
Born: 1990
Died: 2015
My Tribute: My only son Iain died on March 22, 2015 of a heroin overdose. He struggled with substance use disorder his entire adult life. He was found in a public washroom. The day of his death would have marked his 14 month in recovery. He was loved by many people and its heartbreaking to live in a society that doesn’t promote harm reduction, provide ready access to treatment, criminalizes and creates stigma and shame for those afflicted with this mental health issue. My heart is full of compassion for myself, Iain’s sisters, father, all those who loved him, and all others whose lives are impacted by substance use disorders. Iain didn’t want this disease and tried so hard to stay in recovery. Substance use disorder has taken millions of lives and continues to impact so many people. With greater support people like Iain have a better chance of staying in recovery.

Submitted by: sister
Born: 1976
Died: 2015
My Tribute: I lost my sister 7/8/15 to drug overdose.she left behind 6 kids and my mom and brother and sister. She was not even 40. Most of all I am angry at her and yet I am lost and have so many questions. I miss her and love her. But I want to know why?

Submitted by: vanessa makseyn
Born: 1976
Died: 2015
My Tribute: My sister lost her battle 5 days before her birthday. She left a 7 year old daughter behind, not to mention my mom and dad and her sisters and brothers. friends and loved ones. You never think it will happen in your family. But it did. The pain is heart wrenching. The guilt the memories. The shock and sadness. I miss her everyday.

Submitted by: Robin Rich, mother
Born: 5/81
Died: 4/14
My Tribute: Amber was a beautiful woman with a heart as big as Tx. She had two little girls, loving parents and siblings that loved her dearly. She truly wanted to get clean and sober and fought hard. She developed a systemic infection due to drug abuse and just couldn’t stay in the hospital long enough for treatment of the infection. She is missed greatly. Always in our hearts.

Submitted by: Carla, his Sister
Born: 1973
Died: 2015
My Tribute: Andy was my little brother and he was one of my closest friends. He died 2 weeks ago from a cardiac arrest caused by a combination of a prescribed anxiety medication and heroine use. He had gotten out of a 30 day rehab facility the day before. My family and I were (and are) in complete shock. We had absolutely no idea that he would risk his life by injecting drugs much less heroine.

Andy has struggled with drugs and addiction for many years. It started with marijuana , then marijuana and whiskey, then pain killers. He entered a great long term rehab facility in Phoenix about 6 years ago and he really turned his life around. We were all so proud of him. He eventually moved home in Spring 2014 and began to mend relationships that he had destroyed (including mine and his) during those horrible drug and alcohol years.

He contacted me late June 2015 and told me he was struggling again. I knew he had not been tending to his addiction like he should have been,. He was not attending meetings, he was not communicating with his sponsors and he was starting to date women who drank alcohol. With him reaching out to me, our family rallied around him and found him a detox and rehab facility immediately for what we thought would be a 30 day “regroup ” or “retrain” then he would be back to normal and back to work. In fact we all felt that even after just 2 weeks of rehab he was ready to get back home. He sounded so healthy and so eager to get back normal and start getting his deer camp ready for hunting season. His missed his dog and he missed being at work.

Two days after getting out of rehab he was gone. This man loved his family, his friends, his job, and loved being in the woods. We are all still in shock and we are devastated. This picture I posted was taken as a selfie and posted online telling everyone he was 30 feet up in a climbing stand letting everyone know this was one of his favorite places to be. How can heroine find a person like this much less control his every thought and take his life? This drug is a demon in disguise ……..

God bless us all for having to tread through these terrible thoughts and feelings of guilt, shame, sorrow, grief, anger and loneliness

Submitted by: Kristen
Born: 6490
Died: 4315
My Tribute: I lost my only child, Cameron Paul on April 3rd, 2015 from a presumed O.D. of Heroin and Fentanyl.
It was not always easy being his mom–from early behavioral problems, ADHD and a defiant nature–to the horrific addiction that would claim his short life.
I held out hope for such a long time–that he would rid himself of this monster–that his life would turn around and he would drive up to my house one day–the very home he grew up in–and pick me up for dinner (and pay the check!)
But the only car that drove up was a police cruiser, informing us that he was found dead that Good Friday (nothing good about it in retrospect)….all my hopes and dwindling dreams of recovery for my son were dashed in an instant.
But, he left behind a beautiful granddaughter, Gabby that I cherish. She looks so much like him, it often takes my breath away!
My Child

Life is unpredictable
Life is about the love you share, and the people you share it with
Life isn’t easy and there is pain beyond measure
But my life must continue, even though your life is gone.

I must continue, so that I can change the lives of others
the way you have forever changed me

Submitted by: Pamela Krukow
Born: 1977
Died: 2008
My Tribute: Dear sweet Angel Son, I love and miss you more each day. You always had a heart of gold. A smile that would brighten every room. You was loved by everyone, especially me. You was my best friend. Thank you for being such a wonderful son. I love and miss you. Love Mom