Blog
You are here: Home1 / Blog2 / Announcements3 / A Change in Leadership at GRASP 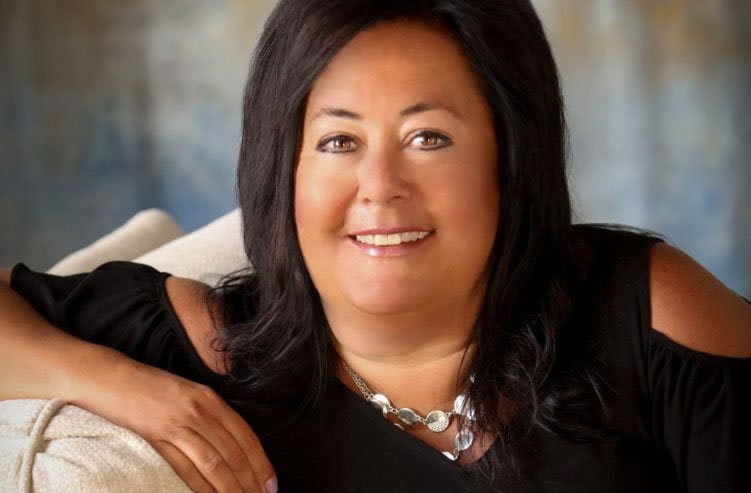 A change in leadership at Broken No More/GRASP (Grief Recovery After a Substance Passing). Introducing Dr. Tamara Olt, the new Executive Director.

Dr. Tamara Olt is a board-certified Obstetrician/Gynecologist who has been in private practice in Peoria, Illinois for the past 22 years. On April 29th, 2012 she lost her youngest child Joshua to an accidental heroin overdose. Joshua is forever 16.

Shortly after Josh’s death, Dr. Olt reached out to Denise Cullen in search of grief support after her sudden and devastating loss. She established a GRASP chapter in Peoria that year. Wanting to do more to help stem the rising number of overdose deaths, she and her husband, Blake, established the Jolt Foundation. She traveled to Chicago and met with Dan Bigg of the Chicago Recovery Alliance and with his assistance began a naloxone distribution program. Using a lay-trainer model of distribution, thousands of naloxone kits have been distributed throughout Central Illinois. She also assisted, trained, and is the prescribing physician for multiple law enforcement entities who now carry naloxone.

Being mentored by Denise Cullen, Dan Bigg, and many other harm reductionists, Dr. Olt realized that more had to be done. This led to her decision to establish a syringe access program in Peoria. This program would provide naloxone, new syringes, and a comprehensive harm reduction program for people who use drugs. After 2 years of struggle and many sleepless nights, Jolt Harm Reduction, Peoria’s first syringe access program, opened in April 2018.

Dr. Olt has been involved with Broken No More/GRASP for the past seven years. Her involvement progressed from chapter facilitator to an administrator on the GRASP and Broken no More Facebook pages to serving on the Board of Directors. For the past year, Dr Olt has served as Chairperson of Broken No More/GRASP. It was a unanimous decision by the Board of Directors to elect Dr. Olt to the position of Executive Director of Broken No More/GRASP. Dr. Olt is a vocal advocate for drug policy reform and believes that we must stand up, demand better, and never stop fighting for the rights of those who use drugs. She is dedicated to the principles and programs of Harm Reduction and to the elimination of the policies of prohibition and the War on Drugs which have caused so much harm. Broken No More/GRASP could have asked for no better person than Dr. Olt to lead this organization into the future.

In 2009, Broken No More was founded by Denise and Gary Cullen. Broken No More advocates for policies that eliminate the criminalization of those who use drugs, promotes the eradication of the stigma associated with drug use and advocates for effective science-based treatments based on harm reduction principles. We support the decriminalization of drug use based on the understanding that most of the harms from this use comes not from the drugs themselves, but from prohibition.

GRASP (Grief Recovery After a Substance Passing) was established in 2002. In 2010 the GRASP leadership was assumed by Denise and Gary Cullen. Grasp has grown from 3 support groups to 120 face-to-face peer-led support groups across the United States and Canada. The GRASP Facebook page has over 9000 members who can find support, compassion and understanding at any time.

GRASP/Broken No More provides the means for people who have lost a loved one to take the pain of loss and to channel it into positive action: to change prohibitionist policies to those of public health and Harm Reduction. They do so to honor the memory of their loved one and in the belief that eliminating these drug war policies will spare other families the pain our members have suffered.

The Board of Directors would like to express our gratitude to the Drug Policy Alliance and the Harm Reduction Coalition. From the beginning, their support and guidance has been instrumental in the development, growth, and achievements of Broken No More/GRASP.

This site uses cookies. By continuing to browse the site, you are agreeing to our use of cookies.

We may request cookies to be set on your device. We use cookies to let us know when you visit our websites, how you interact with us, to enrich your user experience, and to customize your relationship with our website.

Click on the different category headings to find out more. You can also change some of your preferences. Note that blocking some types of cookies may impact your experience on our websites and the services we are able to offer.

These cookies are strictly necessary to provide you with services available through our website and to use some of its features.

Because these cookies are strictly necessary to deliver the website, refuseing them will have impact how our site functions. You always can block or delete cookies by changing your browser settings and force blocking all cookies on this website. But this will always prompt you to accept/refuse cookies when revisiting our site.

We fully respect if you want to refuse cookies but to avoid asking you again and again kindly allow us to store a cookie for that. You are free to opt out any time or opt in for other cookies to get a better experience. If you refuse cookies we will remove all set cookies in our domain.

We provide you with a list of stored cookies on your computer in our domain so you can check what we stored. Due to security reasons we are not able to show or modify cookies from other domains. You can check these in your browser security settings.

We also use different external services like Google Webfonts, Google Maps, and external Video providers. Since these providers may collect personal data like your IP address we allow you to block them here. Please be aware that this might heavily reduce the functionality and appearance of our site. Changes will take effect once you reload the page.