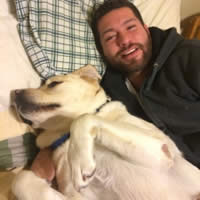 Submitted by: Timo
Born: 1985
Died: 2017
My Tribute: I lost my partner, best friend to an accidental overdose. 1/21/17 Jose E Sanchez. He was released from a hospital, ama. I picked him up, he told me he was in pain from an automobile striking him days earlier. He fell asleep and I left him alone for five minutes. Not knowing the hospital was medicating him with Oxycodone and Valium. He somehow stashed vodka and drank at least 750 ml. I attempted CPR only to regain faint pulse. I was crashing from exertion and fatigue. I’m not sure why but I passed out and he left me, us. 31 yrs old. I woke next to his corpse and I never had time to properly grieve.